The safety and well-being of our families, community, and employees is our top priority.
Learn what we're doing to keep families safe in response to Coronavirus (COVID-19).

Our Bradshaw-Carter family works hard to serve each family with the highest level of service & professionalism.

We have decades of experience caring for families from all walks of life, cultures, and faiths. Our unsurpassed staff and our family provide kind, caring, professional service. We are leaders in our profession who are dedicated to providing a model of excellence in service with heartfelt care and exceptional integrity. We consistently earn phenomenally high customer satisfaction survey results.

Our licensed, professional staff is here for you 24 hours a day, 7 days a week. Please call 713-521-0066 anytime. We will even come to you to make arrangements in the comfort of your home.

Prompt, compassionate service is always just a phone call away, wherever and whenever you need it. 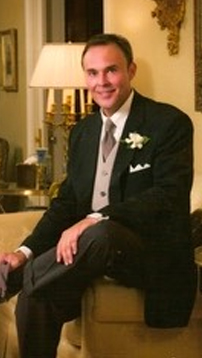 Ronald Francis Bradshaw served his Funeral Director apprenticeship at Geo. H. Lewis and Sons in Houston before co-founding Bradshaw-Carter with his partner in 2003. For years prior, Bradshaw was one of New York’s most respected interior decorators, Architectural Digest and Vogue regularly featured his work.

He believed a funeral home should be just that—a home, and service only one family at a time. Sparing no expense in its design and decor, the red-bricked, Georgian-style Bradshaw-Carter, which opened in March 2004, looks like a baronial mansion. Bradshaw-Carter believe that beauty can soften sorrow and Bradshaw’s plan was to make sure that everyone, not just the city’s elite, are given the opportunity to experience the ultimate goodbye experience.

Bradshaw was diagnosed with pancreatic cancer, in June 2007 and passed in June of 2008. 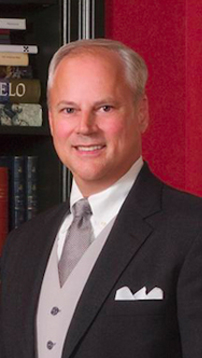 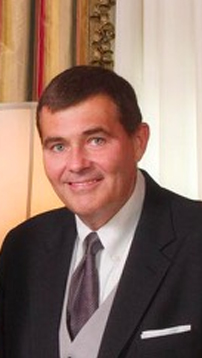 A 2002 graduate of Commonwealth Mortuary Institute, Raymond holds an Associate of Applied Science in Funeral Service degree in both funeral directing and embalming and is licensed in both from the State of Texas.  Raymond is also a certified crematory operator in the State of Texas.

He is a member and attends Holy Rosary Catholic Church. 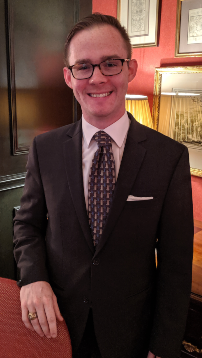 Born and raised in Baytown, Clay Dippel joined the Bradshaw-Carter Family in August of 2018. He is licensed in Texas as a funeral director and embalmer and specializes as a provider of Bradshaw-Carter's embalming and restorative arts services. Clay is also a licensed crematory operator, certified by the Cremation Association of North America, and is licensed as a pre-arrangement counselor.

Clay began his work in funeral service while still in high school, helping with visitations and services at Crespo & Jirrels Funeral Home in Baytown. He went on to study sociology and philosophy at Texas A&M University in College Station, graduating with honors in 2012.  He graduated at the top of his class with honors and distinction from Commonwealth Institute of Funeral Service in Houston in 2019 with a degree in funeral service and mortuary science. At Commonwealth, Clay was awarded the Dr. George Poston Memorial Scholarship Award for the highest level of achievement in the fields of embalming and restorative art.  Clay is a member of the National Funeral Service Honor Society and was presented the National Association of Colleges of Mortuary Science's Mu Sigma Alpha award for outstanding academic proficiency in mortuary science.

Clay served out his apprenticeship under the direction of Ryan Hairell, Raymond Bradshaw, and Tripp Carter. He is a member of the National Funeral Directors Association, the Cremation Association of North America, The Academy of Professional Funeral Service Practice, and the International Cemetery Cremation & Funeral Association.

An award-winning journalist, Clay came to Bradshaw-Carter after a career in broadcast television news. Clay spent several years as a producer at KHOU 11 News in Houston, covering all manner of breaking news and severe weather, most notably the flooding and aftermath of Hurricane Harvey. He is proud of his work with the station supporting animal rescue and foster organizations like BARC, Houston SPCA, the Harris County Animal Shelter, and Houston Pets Alive! Clay represents Bradshaw-Carter with the Greater Houston LGBT Chamber of Commerce, and he works with our community outreach team connecting with grief support groups, and serving as captain of the Bradshaw-Carter Walk to End Alzheimer's team, working to support the Alzheimer's Association.

Outside of work, Clay enjoys spending time with his family and his dog,Toby. 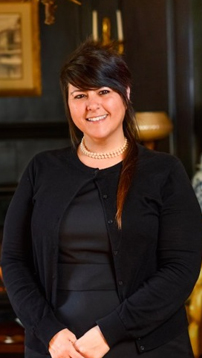 Suzanne Smock is Bradshaw-Carter’s office manager. With more than 11 years of experience in the funeral industry, Suzy provides administrative care for each of our client families, handling the pertinent legal documents, death certificates, and other aspects of our funeral home's organizational arm. Born in a small town in upstate New York in the Catskill Mountains called Port Jervis, her family moved to Houston when she was five years old.

The child of a Holocaust survivor, Suzy graduated from The Hebrew Academy in 1991 and married Brian Smock in 1999.

Suzy is active in the Houston Jewish Community and involved with several children’s charities and organizations such as Boys and Girls Country and Texas Lions Camp for Children.  Outside of work, she loves animals, riding motorcycles, dancing, travel, and spending time with her family and friends. 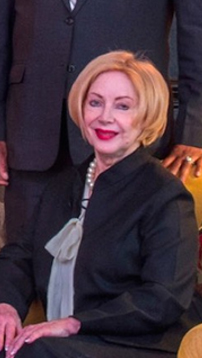 Sonja Mitchell is a Pre-arranged Funeral Consultant and Memorial Design Specialist.  She is a graduate of the University of Houston and has over twenty years of experience in her field.  As part of Bradshaw-Carter's continuing service, Sonja will provide assistance to families with: 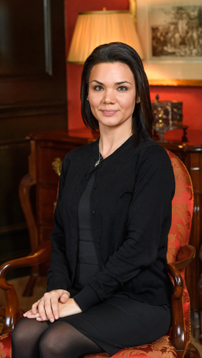 For more than a decade, Sherry Allen has served our Bradshaw-Carter families with dignity as a certified crematory operator and funeral assistant, providing expert care in producing memorial video tributes and special playlists during memorial services. A native Houstonian, Sherry graduated from Lamar High School in 2013.

Sherry has plans to attend mortuary school and build on her solid experience with a degree in funeral service.

Outside of work, her hobbies and interests include: movies, reading, traveling, animals, and spending time with family and friends.  She volunteers for both the SPCA and Houston Zoo, and loves spending time with her beloved cat pumpkin. 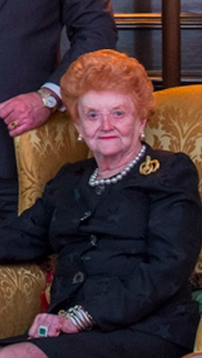 Mrs. Carter, Tripp Carter's mother, is Bradshaw-Carter's concierge. She is available to assist you with any and all arrangement details ranging from the perfect florist, caterer, hotel and travel arrangements, private car, private jet, or limousine transportation, custom sympathy stationery, and much more.